How is it that some people can achieve mystical states? How can shamans and monks gain extraordinary insights that 99% of people are incapable of? Chances are, they know how to use the piezoelectric crystals in their pineal gland. The properties of these microscopic calcite crystals allow them to use their pineal gland as a transmitter and thereby pick up susceptible frequencies from the environment.

What are piezoelectric crystals?

Piezoelectric crystals can produce a piezoelectric effect, which means that they can generate an electric charge when exposed to pressure. There are both natural and synthetic materials with this potential.

The piezoelectric crystal is used in various everyday consumer and industrial products. Perhaps the best-known item is the ignition of the gas stove. In addition, these crystals are used in watches, ultrasonic devices, microphones, cigarette lighters, inkjet printers, speakers, and a wide variety of sensors. How the crystals work

In a piezoelectric crystal, the positive and negative electrical charges are separated. External pressure distorts the crystal and breaks the symmetry of the unit cell. Due to this asymmetry, an electric voltage is generated.

The generated voltage depends on the magnitude of the mechanical energy applied. It can vary from millivolts – as in the case of sound vibrations from microphones and the needle of a record player, to many thousands of volts in the case of gas lighters. With a gaslighter, a hammer strikes the crystal using spring tension.

Piezoelectric crystals also work in this way in reverse: by directing an electric or electromagnetic voltage onto a piezoelectric crystal, the same distortion is induced. This effect can also be strong, but the final displacement is only a few nanometers.

Piezoelectric crystals in the pineal gland

The pineal gland, also called epiphysis, is a small organ in the brain’s center and is also called the third eye (sixth chakra). The organ is essential for melatonin production, a hormone needed for sleep. Many people don’t know that the pineal gland also affects the brain waves associated with deep meditation, mystical experiences (DMT), and connection to higher realms. 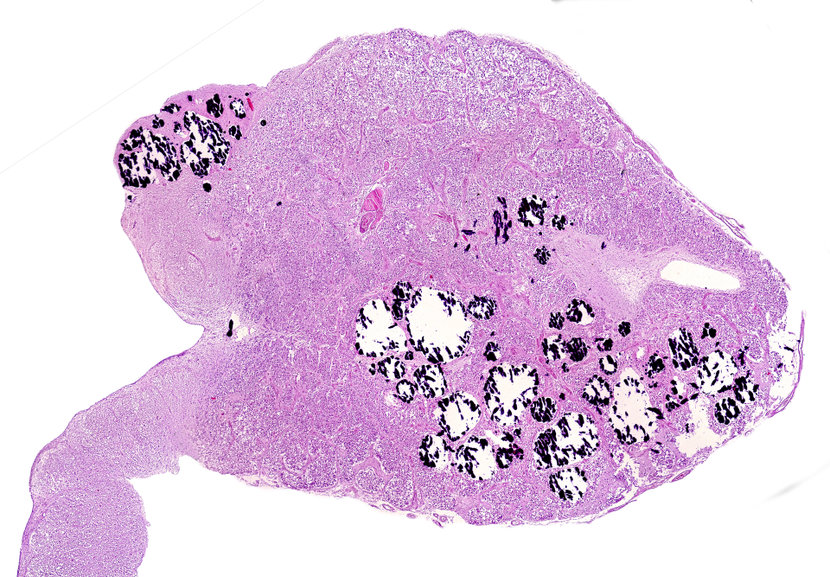 Calcite (CaCO3) is a hexagonal lattice system crystal that exhibits the piezoelectric effect. In other words, when calcite crystals are exposed to mechanical stress, they generate an electrical charge or emit light. It is also believed that calcite crystals in the pineal gland cause the organ to tune into different frequencies like a transmitter, similar to how a radio receiver works. If this is true, it would explain why the pineal gland is often associated with receiving and sending messages by the spirit. Think, for example, of telepathy.

When the piezoelectric crystals in the epiphysis naturally resonate to frequencies from the environment and stimulate the pineal gland from within, the sleep-wake cycle is stimulated (melatonin), and a deeper connection to spirit is created. In addition, you can learn to connect with “your higher self” and the “intangible”.

Scientists studied a new form of biomineralization in the human brain’s pineal gland. These tiny crystals are less than 20 micrometers in length and differ from the often observed mulberry-like hydroxyapatite concretions. The researchers developed a special procedure to isolate the crystals from the organic material in the pineal gland. The process identified cubic, hexagonal and cylindrical morphologies using scanning electron microscopy. The surface of the crystals was very rough, and the crystal edges were particularly sharp.

Calcite crystals with such an otoconia structure were previously known only in the human inner ear. The calcite microcrystals are likely responsible for the previously observed second harmonic generation in pineal tissue sections. The complex textural structure of the microcrystals may lead to crystallographic symmetry breaking and possible piezoelectricity, as is the case in otoconia.

The researchers assume that the presence of two different crystalline compounds in the pineal gland performs biological functions and, in all likelihood, constitutes a possible non-thermal interaction with external electromagnetic fields. Future research should be conclusive in this regard.

Meditation and the piezoelectric effect

By focusing on the pineal gland during your meditation, you can activate these crystals from within, increasing your vibrational energy. You can also buy calcite crystals to use during meditation. You can hold them in your hand to create resonance with your pineal gland.

Many students of Dr. Joe Dispenza report supernatural experiences, such as those described in his book Supernatural. People who see bright colors, receive enlightening inspirations and even manage to make contact with higher entities have all had the experience of a properly functioning pineal gland and the action of the piezoelectric crystals doing their job.

Autosuggestion is an effective technique within psychology that is strongly related to the placebo effect. The method is often used in self-hypnosis. The autosuggestion methodology became best known through the pharmacist Émile Coué at the beginning ...
Continue reading